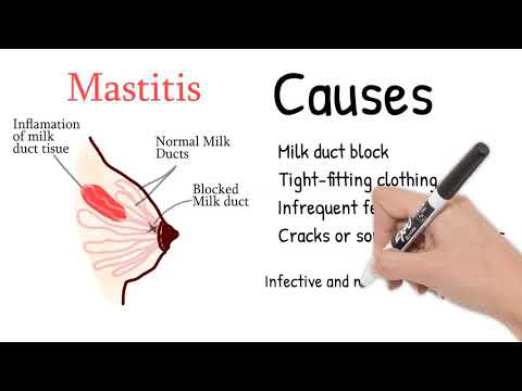 Acupuncture, in combination with Chinese Herbs, has been applied to help with different types of women's health issues, including but not limited to the following.

Dysmenorrhea refers to abdominal pain in women during or before and after menstruation, which influences normal work and daily life. A case with no evident abnormality of genitalia is named primary or functional dysmenorrheal; while a case caused by organic pathological changes of the genitalia is called secondary dysmenstruation. The major clinical presentations are pain in the lower abdomen and loin before and after or during menstruation, even severe pain occurring with the menstrual cycle. This disease belongs to the category of “abdominal pain during menstruation” in Chinese Medicine. It is usually caused by depression of liver qi, obstruction of blood flow or contraction by cold during menstruation, leading to the unsmooth circulation of qi and blood; or by the deficiency of qi and blood and depletion of the liver and kidney, leading to malnutrition of meridians of the uterine.

Irregular menstruation refers to an abnormality of the menstrual cycle, volume and color, accompanied by other symptoms. It is mostly due to endocrine disorders. Preceded menstruation is called if the menstrual cycle is more than 7 days earlier than usual or menstruation occurs twice a month; delayed menstruation is called if menstruation is more than 7 days later than usual or even occurs every 40~50 days; while disorder means menstruation occurs either preceded or delayed without cycle. It is believed in Chinese Medicine the disease is caused by exogenous contraction of cold and heat or seven effects, excessive sexual activity and frequent labor, which lead to dysfunction of qi and blood and impairment of the Chong and Ren meridians.

Amenorrhea refers to the absence of menstruation or abnormal stoppage of menstruation for more than 3 months in women over 18 years. The former is primary amenorrhea and the latter is secondary amenorrhea. It belongs to the category of “amenorrhea”, or “stoppage of menstruation” in Chinese Medicine. This disease is usually caused by the short generation of blood and qi by the spleen and stomach, excessive consumption of yin blood with the exhaustion of blood source, which results in no blood to form menstrual flow; or by cold contraction and cold drink leading to invasion of evil qi into activity which causes stagnant blood coagulation and blockage of meridians.

Premenstrual tension syndrome refers to emotional abnormality occurring regularly before menstruation in women. The clinical presentations are irritability and restlessness, or sorrow and susceptibility to sweeping; or mental depression, murmuring and insomnia, which disappears gradually after menstruation. This disease is called in Chinese Medicine “emotional anomaly on menstruation”, mostly caused by stagnation of liver qi, depression wood subjugating earth, leading to insufficiency of the spleen to produce blood, hence malnutrition of heart spirit; or by mental depression, leading to the generation of fire that makes fluid become phlegm, resulting in disturbance of the spirit.

Climacteric syndrome refers to a series of syndromes mainly caused by dysfunction of automatic nerve around menopause. The clinical presentations are menstrual disorder, tidal fever, irritability, dizziness and tinnitus, amnesia and skepticism, and abnormal sensation, which are caused by hypofunction of the ovary, hyperthyroidism, hyperadrenalism and endocrine disorder. In Chinese Medicine, this disease corresponds to “syndromes around menopause” and “visceral hysteria” due to decline of kidney qi, exhaustion of sex promoters, deficiency of essence and blood, depletion of the Chong and Ren meridians, an imbalance between kidney yin and yang, and dysfunction of the viscera.

Acute mastitis refers to an acute infective disease caused by the invasion of bacteria into mammary glands and lactiferous ducts. This disease is often seen in women with breastfeeding, especially in primipara, usually occurring 3-4 weeks later after delivery. It is caused by the invasion of bacteria into the ruptured nipple, and unsmooth lactation with the stagnancy of milk, leading to the reproduction of bacteria. The clinical manifestations are swelling, redness and pain, and hard mass in the local breast, accompanied by an aversion to cold and fever, enlargement of subaxillary lymph nodes in the affected side. This disease belongs to the category of “breast carbuncle” in Chinese Medicine. It is caused by the invasion of etiopathogenic factors, or retention of milk leading to the stagnancy of blood and qi; or by emotional problem causing depression of liver qi; or by excessively greasy food intake resulting in accumulation of heat in the stomach meridian, thus, the disease occurs because of congestion of qi and blood with retention of milk resulting from obstruction of the collaterals.

CLINICAL PRESENTATIONS: Redness, swelling and pain in the affected breast. Before suppuration, palpable mass in the breast, swelling, pain and difficulty in secreting milk, frequently accompanied by headache with chills and fever, nausea and thirst; during suppuration, progressively enlarged mass in the breast, redness and swelling of the skin, continuously throbbing pain in the local area, and lingering fever.

Hyperplasia of mammary glands, also known as cystic hyperplasia of the breast, is related to disturbance of the ovary function. This disease is often seen in young women. The clinical presentations are several tough in different sizes in one or both breasts, movable mass by pushing, distending pain in the breast, especially before menstruation. It belongs to the category of “mammary mass” in Chinese Medicine. It is mostly caused by prolonged depression of liver qi, leading to accumulation of phlegm with qi stagnancy; or by insufficiency of the liver and kidney, dysfunction of the Chong and Ren meridians, leading to retention of phlegm qi in the stomach collaterals in the breast after the middle age.

CLINICAL PRESENTATIONS: Different-sized, round and tough nodules are palpable in one or both breasts. When the nodules become large, they appear like cysts with unclear margin, no adhesion with the skin and thoracic fascia, local distending pain, especially before menstruation; sometimes yellow and green, brown and bloody liquid is discharged from the nipple, accompanied by weakness of the loin and fatigue, irregular menstruation, emotional depression, dysphoria and insomnia.

Sterility refers to the inability to get pregnant in a woman who is married and lived for more than three years with her husband whose productive function is normal, and no contraception is taken, or inability to get pregnant for more than two years without contraception in a woman who gave birth or had an abortion. This disease is usually caused by disturbance of ovary secretion and ovum formation or deformity of genital organs. It belongs to the category of “childlessness”, “no delivery” in Chinese Medicine. It is due to deficiency of kidney essence, liver depression with qi stagnancy, blockage of the uterus by phlegm-dampness, and blood stasis and cold coagulation, leading to insufficiency of the kidney in nourishing, hence the dysfunction of the Chong and Ren meridians.

Malposition of the fetus refers to the abnormal position of the fetus 30 weeks after pregnancy. The gravida has no subjective symptoms, and a definite diagnosis is made only in the prenatal examination. This disease is usually seen in pluripara or gravida with the loose abdominal wall. If it is not timely rectified, dystocia will occur. In Chinese Medicine, it belongs to “abnormal fetal position”. It is caused by the deficiency of qi and blood, leading to insufficiency of fetal qi or abnormal development of the fetus, and weakness of uterus in contraction; or by obstruction of qi and blood, leading to the change of fetal position.