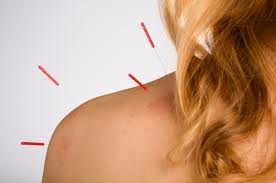 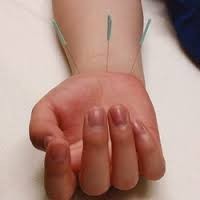 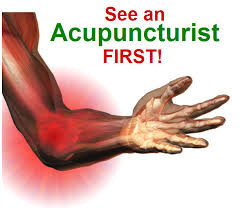 Acupuncture can be particularly effective for a number of pains/dysfunctions related to joints/soft tissues/muscle, including but not limited to the following.

Dysfunction of temporomandibular joint is a commonly-encountered temporomandibular disease. It is clinically marked by unilateral or bilateral mandibular joint pain aggravated by chewing, joint snap or with frictional noise, limited movement of the mandibular articulation, no swelling and redness of local skin. It is characterized by chronicity and repetitive attack, lingering for several months or years. This problem is often seen among youngsters and people in the prime of life. It pertains to the categories of “jaw pain”, “check pain” and “lockjaw” in Chinese Medicine. It is usually caused by invasion of wind-cold resulting in blockage of the meridians; or by stagnation of qi and blood in the meridians.

Pain, snap or with frictional sound in unilateral mandible or bilateral mandible joints when closing or opening the mouth, masticatory dysfunction accompanied by dizziness, tinnitus and local tenderness.

Stiff neck is one of the commonly encountered damages to cervical soft tissues. It is due to high or low pillow or invasion of  wind-cold into the nape, resulting in obstructive circulation of qi an blood in the meridians. The clinical manifestations are unilateral or bilateral stiffness and pain in the neck, and limited movement of the neck due to worsened pain.

Stiffness and pain in the neck which is aggravated by motion, impaired movement, deviation of the head to the effected side, pain involving the shoulders, back or head; and evident local tenderness.

Scapulohumeral periarthritis refers to a kind of soft tissue disorder of the shoulder. The movement of shoulder joint is limited because of chronic inflammation of the joint capsule and the soft tissue around the joint, extensive adhesion of the peripheral tissues, which are caused by, besides retrograde affection, long-term sprain and attack of clod or traumatic injury. It is usually seen among people over Clinical manifestations are aching, heaviness and pain of the shoulder, and dysfunction of the shoulder in movement. This disease pertains to the category of “obstructive syndrome” in Chinese Medicine, called “pain of shoulder and back”, “shoulder blockage”, “invasion of shoulder by wind” or “fifty-year-old’s shoulder”. The causative factors are invasion of pathogenic wind, cold and dampness; or weakness in the aged and malnutrition of tendons and collaterals, or stagnation of qi and blood, retention of dampness and phlegm. All of the factors can result in blockage of meridians, disturbed flow of qi and blood, and dysfunction of tendons, thus the disease occurs.

Gonitis is a kind of retrograde disease, usually seen among middle-aged and old people. The clinical manifestation are pain and swelling of the knee joint, aggravation in walking, relief after rest, appearance of frictional sound in movement, stiffness of the joint after long-term sleeping or sitting or standing (which can be relieved gradually after relaxation), mild exudates from the joint cavity in severe cases, or even evident swelling due to hemorrhage from the joint cavity. The symptoms in the late stage are restricted movement of the knee joint, disuse atrophy, or even inversion or eversion of the knee. Gonitis pertains to the category of “obstructive syndrome” and “arthroncus of knee” in Chinese Medicine. It is mostly due to insufficiency of the liver and kidney in the aged, malnutrition of tendons and bones and obstruction of the meridians by pathogenic wind, cold, dampness and heat; or due to production of phlegm resulting from spleen insufficiency and migration of phlegm and dampness in the meridians; or due to long-term stagnation of blood vessels and retention of blood stasis in the joints.

Rheumatoid arthritis is a kind of chronic and general immune disease. It is clinically marked by pain, swelling, stiffness and deformity of the joints. It usually affects the distal small joints and is often migratory. Consequently it involves the wrist, knee, elbow, ankle and shoulder, leading to muscular atrophy around the joints and irregular fever. This disease is seemed more in women than in men. It pertains to the categories of “joint-running wind”, “white tiger wind” and “pain wind” in Chinese Medicine. It is usually caused by weak constitution and invasion of pathogenic wind, cold, dampness and heat into the meridians and joints, hindering the flow of qi and blood; or by dysfunction of the liver in smoothing flow of qi, leading to disturbed circulation of blood. Prolongations of the pathological conditions will insufficiency of the liver and kidney, failure of the liver to govern the tendons, and kidney, failure of the kidney to govern bones, as well as invasion of phlegm-dampness and blood stasis into the joints, resulting in muscular atrophy and deformity of joints.

Lumbago is one of the clinical common symptoms. The causes of lumbago are various. The lumbago discussed in the following is mainly caused by chronic sprain of the lumbar muscles and protrusion of lumbar intervertebral disc. Lumbago can be caused by damage and fibrosis of the lumbar muscles, adhesion of muscles and ligaments or joints; or, on the basis of retrograde pathological changes of the spinal vertebrae, by lumbar impairment, rupture of the fibrous ring of the lumbar vertebrae and protrusion of pulpiform nucleus, which presses the nerves, periost and ligaments, hence the lumbago appears. Chinese Medicine holds that lumbago is mainly caused by blockage of pathological wind, cold and dampness in the meridians and tendons due to kidney insufficiency or by disturbed flow of qi and blood in the meridians due to overstrain and impairment.

Acute Lumbar sprain is a commonly-encountered impairment of soft tissues in the waist. It is usually caused by improper posture of exertion, or excessive loading, or falling and contusion, impairing the lumbar muscles, fascia and ligaments. The clinical manifestations are sudden lumbago and limited movement of the waist. It belongs to the category of “pain of waist” in Chinese Medicine. The lumbago is caused by improper exertion or falling and contusion that lead to impairment of the lumbar tendons and meridians as well as stagnation of qi and blood.

Sudden onset of acute lumbago, limited movement of the waist, inability of the waist to straighten, difficulty in doing flexion, extension and rotation, or even inability to stand, often supporting of the waist with the hands; or spasm of the local muscles on the lower limbs, obvious tenderness. There is an evident sprain history.

Sprain of Soft Tissues of Limbs

Sprain of the soft tissues of the limbs refers to the sprain of the muscles, tendons and ligaments around the shoulders, elbows, hip joints, knee and ankles due to twisting or pulling without fracture, dislocation and disruption of the skin. The clinical manifestations are swelling, pain and dysfunction of the joints. This problem pertains to the category of “impairment of tendons” in Chinese Medicine. It is due to improper exertion or falling and contusion, resulting in impairment of collaterals of the tendons and muscles, and stagnation of qi and blood.

The main manifestations are swelling and pain of the sprained region, dysfunction of the joints in movement, and cyanosis of local skin, If there are signs of prominent and red swelling, and unsmooth movement of the joints, the sprain is severe.

Amyotrophy refers to the change of thinning or disappearing of muscle fibers, lessened volume of skeletal muscle, declined muscle strength and endurance, which are important signs and symptoms in many neuromuscular disorders. It pertains to “wilting syndrome” in Chinese Medicine. It is marked by weak limbs, muscular atrophy, inability to do voluntary action, or paralysis as a result of loss of motor function. Acute attack mostly results from contraction of pathogenic dampness-heat, or cold-dampness. The dampness stays in the body long, it will cause generation of heat, and excessive heat in turn consumes body liquid, impairing the lung and stomach, involving their meridians, thus the Yangming meridian and Chong meridian will be deficient, Du meridian will lose its nourishment, resulting in flaccidity of tendon and muscle, hence, wilting disorder develops. Chronic attack is mostly caused by insufficiency of the liver and kidney because of senility or weakness of the spleen and stomach, insufficiency of qi and blood, and depletion of kidney essence, resulting in malnutrition of the tendons, and gradually leading to wilting syndrome.

The chief manifestations include amyotrophy, debility in movement, even paralysis in affected limbs.